This agreement paved the way for Bluebelt and EtherZero to grow together as a global company leading the blockchain industry. At the same time, the MoU between ‘DeCentre X EtherZero’, ‘DeCentre X ToDo Blockchain,’ served as an opportunity to further strengthen the bilateral cooperative relationship.

Bluebelt is a multinational cryptocurrency exchange that has established and operates local subsidiaries in more than 10 countries including Korea, Japan, Australia, Estonia and more.

Bluebelt has acquired licenses in Estonia and the Philippines and listed on the Australian government as an exchange. Currently, in the process to acquire ISMS Authentication Certificate in Korea and all other countries, whose regulation is not yet settled, have been launched and operated normally. Bluebelt complies with the AML through strict verification procedure of the KYC and the deposit and withdrawal requests. Each officially launched branch office offers 10 different types of fiat currencies to trade.

EtherZero is China’s blockchain leader, striving to eliminate transaction fees and pursue the value of autonomy acquisition pursued by several blockchains, through the development of its own and innovative consensus algorithms called MPOS. Recently, EtherZero was listed on the Korean exchange called Bithumb.

“With this agreement, we will develop and support promising blockchain projects in Korea and China to foster the blockchain market in a positive way,” said Bluebelt Korea CEO, Bang Kyu Chul.

On March 11, 2019, Bluebelt Korea opened a beta service and is scheduled to open its official service soon. It is expected that Bluebelt Group will positively transform its blockchain ecosystem based on its know-how in Asian financial markets for more than a decade. 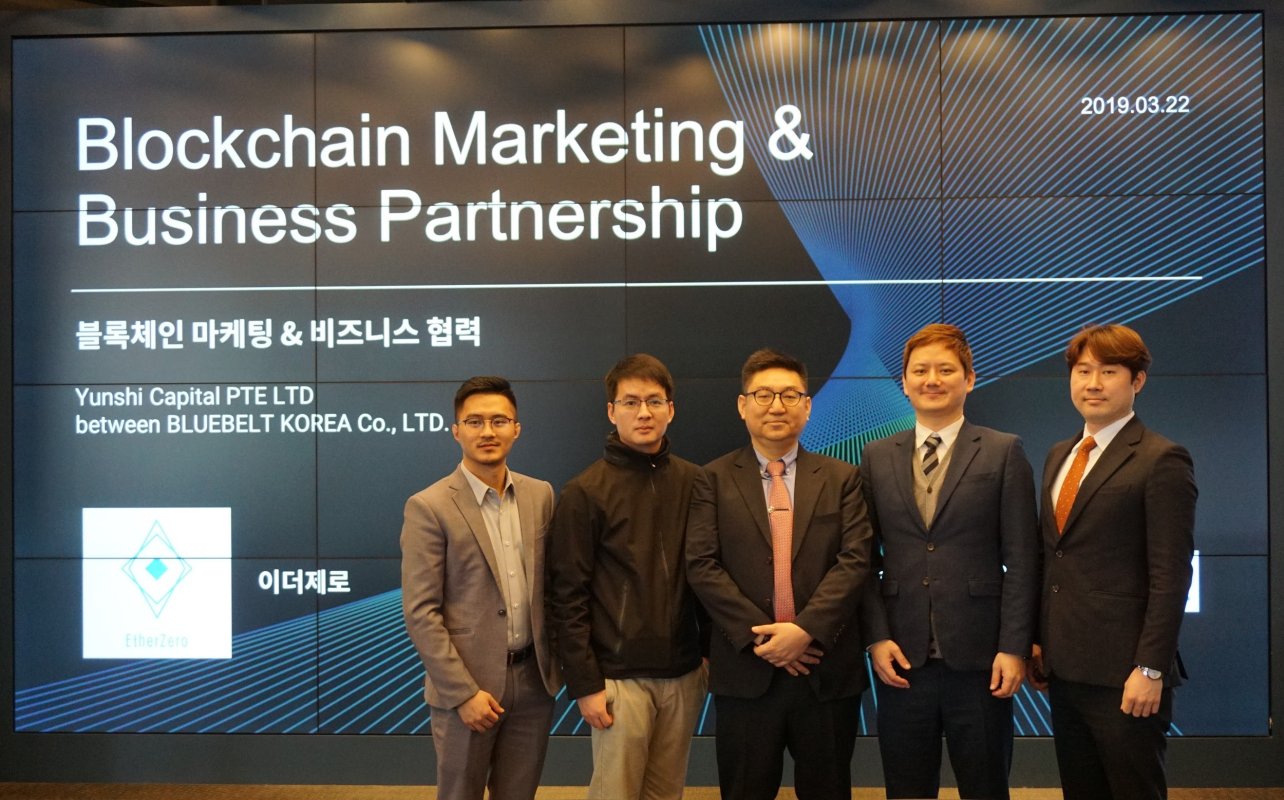